How Are Mind’s Programmed? 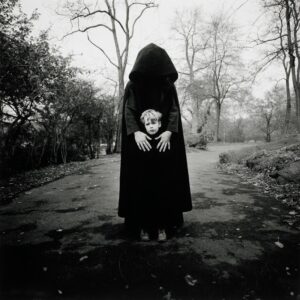 Crying is bad and wrong and only pussy’s cry.  And so pain comes out sideways by violent rage.

If you read this article you will likely deny the programming and trauma I introduce.  Even though most all people in the beast system have endured it.  Most likely you will minimize maybe mock my sharing.

That’s what traumatized children do.  They repress and then they forget.  And if someone gets close to the truth that’s buried in their heart, they attack that person as being a threat.

Realize that the beast programming has reached levels far beyond what I teach in this article due to devices and technological chemical genetic breakthroughs.  Now people will show the following reflex fight or flight symptoms of dysfunction as if on steroids.

I can name the symptoms of emotionally and psychologically induced trauma repression.

Symptoms when triggered by Truth of many kinds, starting with emotional condition truth that is buried in the trauma victim and must not be exposed to the light.

Defensiveness, anger at those who disagree with us.  A need to put others down.  A need to be put in positions of authority.  A need to do everything perfect, perfectionism, addiction, mental illness, anxiety, emotional illness and so on.  Development of dysfunctional emotional coping skills.  Intolerance of people and ideas that are not carbon copies of our own.  Censorship of other peoples conversation and original ideas.  Rage.  Violence.  Physical threats.  Abuse when certain topics of Truth are raised. Sexual acting out.  Control issues.  Great repressed fear of loss regarding relationships.

Children do not recognize passive aggressive insults.  Nor do they realize passive degradation of who they are.

1.Trauma induced realization of the child that everything about him is wrong and bad.  TV education, church all label fear & human emotions (except the unattainable feelings of Love) wrong and bad.  They label Love in religions as some grand feeling we are to feel toward one and all.  Which again makes us wrong and bad. Sick relationships. (I deserve to be spanked mentality.)  I needed to be beat mentality. 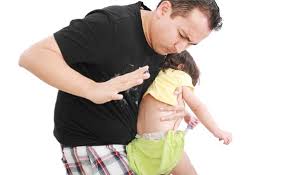 2.  He who discovers that he is wrong and bad chooses to become someone else.  He shuts down his heart of imagination and of authenticity.   He shuts down original thought or at least the expression of it. And he become who they show him on TV.  He becomes the parrot of Father knows best or Leave it to Beaver.

3. Then people will love him.  Then he will be right and good.

4.  All this is done while the child is too young to know what is happening to him.  His heart is broken for life.  He holds in that which he should express.  No empathy is available for him.  Nobody understands him.  He stops telling mom what’s wrong after being told its him that’s wrong…ignorantly by mom..so many times.  Over and over “that’s nothing to be afraid of.”  Don’t do that.  All negative input about themselves.  Little if any encouragement, sharing of like mindedness, or others sharing their fears.

NOBODY SHARES FEARS lest they be called “chicken shit”.  Yet fear is part of the human condition and should be expressed.  People repress fear so deeply now a days that they are blind to it.  They have no idea how afraid they are.  Or how healing it is to share fear and receive empathy from those who have felt it as well.

Society by design takes the youth, who should be raised by someone who respects and Loves them out of the home.  Then in early stages of development programs them for life .  This is why Mom MUST NOT BE ABLE TO AFFORD TO be a stay at home Mom.

Debt slaves are born.  Housewives & Mom’s put to work outside the home. Unable to program their own children the education system has them eight hours a day.  Then the TV takes it from there.  And boy is it effective.

How?  How does programming the mind work?

We know that teaching children by repetition is a huge part of programming.  But it’s also stage 2.  Stage 1 of programming a child must start at heart level.  It must include the emotional condition.  And it must be insidious and powerful.

Before they can make a human being become who they want him to become they must convince that child to willingly become someone he is not.

What does this mean?  They must convince the child that not only are his ideas, needs, and wants wrong.  But also that the very emotions which make him a human being are wrong as well.  The child must be traumatized with a broken heart.  He must discover that everything about himself that he loved within is wrong.   That the human condition (emotion) of fear is bad and wrong.  All fear must be hidden away never to be expressed.

Next the child realizes by the programming he endures that his imagination and free thinking is wrong and bad.  The child may be the smartest IQ top three ever entering the school system he is sent to.  But the authorities will makes sure the child never know this.    Instead, they show him pictures of their example the good child.  The examples they put the above average with the lower IQ’s so as to make the smart children alone and different.  And the other children dumb and incapable.

In every TV show they may say “different is good”.  But make now mistake, they will show something quite different than a few words.  They convince the children that being different is always very very bad.  Different are made fun of, mocked, called names.

Those who express fear are mocked, called many choice names.  Yet fear is part of the human condition.  If not expressed, it grows and makes children sick.

The children must be traumatized through TV and education to find out that he is bad and different.

HE HIDES HIS HEART AND SHUTS DOWN THE HEART’S VOICE.

Now he is ready to choose which program he will become.

KAOS  The Child Is traumatized by Chaotic Degradation of who he is.

The child knows that he matches in personality the fearful, crying, Needy, youth whom is portrayed as a chicken shit baby on TV and by his parroting peers

Bullies rise up due to the low self worth induced by programming.  The chaotic subconscious must find a solution to being wrong and bad.  The child must become who he is not.

HE HIDES HIS HEART AND SHUTS DOWN THE HEART’S VOICE.

Elementary school becomes a war zone of children trying desperately to make piece with what they have learned about themselves.

That they are all wrong and bad.  They simply must become the good and right person whom they see on the TV.  Then they will be loved.  Then people will like them.

How is their Intellect & Thinking Limited?